2020 and the Potential Risk of Fraud: Lessons From The Y2K Bug

The new decade brings with it fresh opportunity and a chance for a new start for many people across the globe. It is a symbolic moment where possibilities are endless and the desire for personal change is strong.

Back in the year 2000, this feeling of ‘newness’ was even more pronounced. It was the turn of a millennium. A monumental moment for all of humanity.

Many of you might remember this period as one of deep uncertainty. Those who worked in computers were worrying about the Y2K bug and whether it would completely immobilise their electronics.

For those of you who weren’t around or who can’t remember, the Y2K bug was based on the idea that computer programs listed the date as a 6-digit number: the 1st of January 1999 was codified as 01.01.99.

In the year 2000, the last two digits would be 00, the same as they would be for the year 1900. It was a very real (but inconsequential) issue for many computer programs. The picture below shows an electronic sign in France malfunctioning due to the bug: 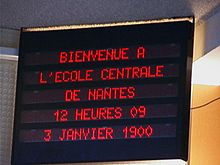 In reality, the Y2K bug was far less devastating than many predicted it to be. It was mainly a hysteria stirred up by the media who pointedly ignored reporting on claims by experts that the Y2K bug was a myth.

As we enter the new decade, there is a new issue that could be potentially devastating for the unlucky and unsuspecting businessperson.

Writing the date like this, whether it be by hand or on a digital document, makes it very easy for someone to backdate the document to any year in the previous 20 and therefore businesses open themselves up to fraudulent activities.

01.01.20 is easily changed to 01.01.2015. Businesses expose themselves to fraudulent activities from any number of agents by leaving an easily alterable date on their documents.

Fortunately, this is an issue that will only be around for one year as next year we will safely be able to write 21 without fear of our documents being backdated. 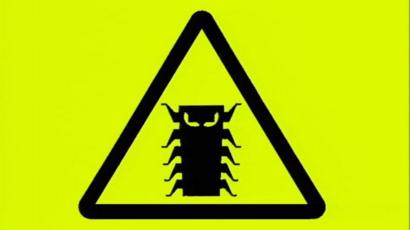 Just like the Y2K bug, fears over backdating may be mislaid. The Y2K bug did not bring about the anarchy many predicted. However, there were some peoples’ lives who were completely altered by certain unfortunate digital inaccuracies.

Technological glitches related to the bug occurred across the world. For example, in Japan, radiation-monitoring equipment failed at midnight of the new year whilst in Singapore, taxi meters calculated incorrect fares for hundreds of customers.

Don’t let the new year take advantage of you in the new decade.