Two weeks ago, on the 2nd of February, the Filing Room’s MD, Patrick Grant, journeyed to Ramba, a village in Western Kenya, to celebrate something special. He took time out from his day-to-day duties running the document storage company to visit an inventive farming project in western Kenya.

When Coronavirus restrictions were imposed across Kenya, now nearly a year ago, it had a significant impact on a country as a whole. In Kenya’s rural areas, where open food markets are the main method most people use for securing their essential foodstuffs, these measures often added to hardships experienced in rural communities.

In many of Kenya’s poorer areas, subsistence farmers are reliant on open market places. Without them, they cannot sell the produce they grow – mainly maize – and they cannot buy the food necessary to sustain themselves or their families.

When the markets were closed, many of the subsistence farmers who were least able to effectively work their land – those that suffered with diseases or injuries – were left with no option other than to seek aid. Those local to Ramba Centre did so by journeying to one of their neighbouring orphanages. 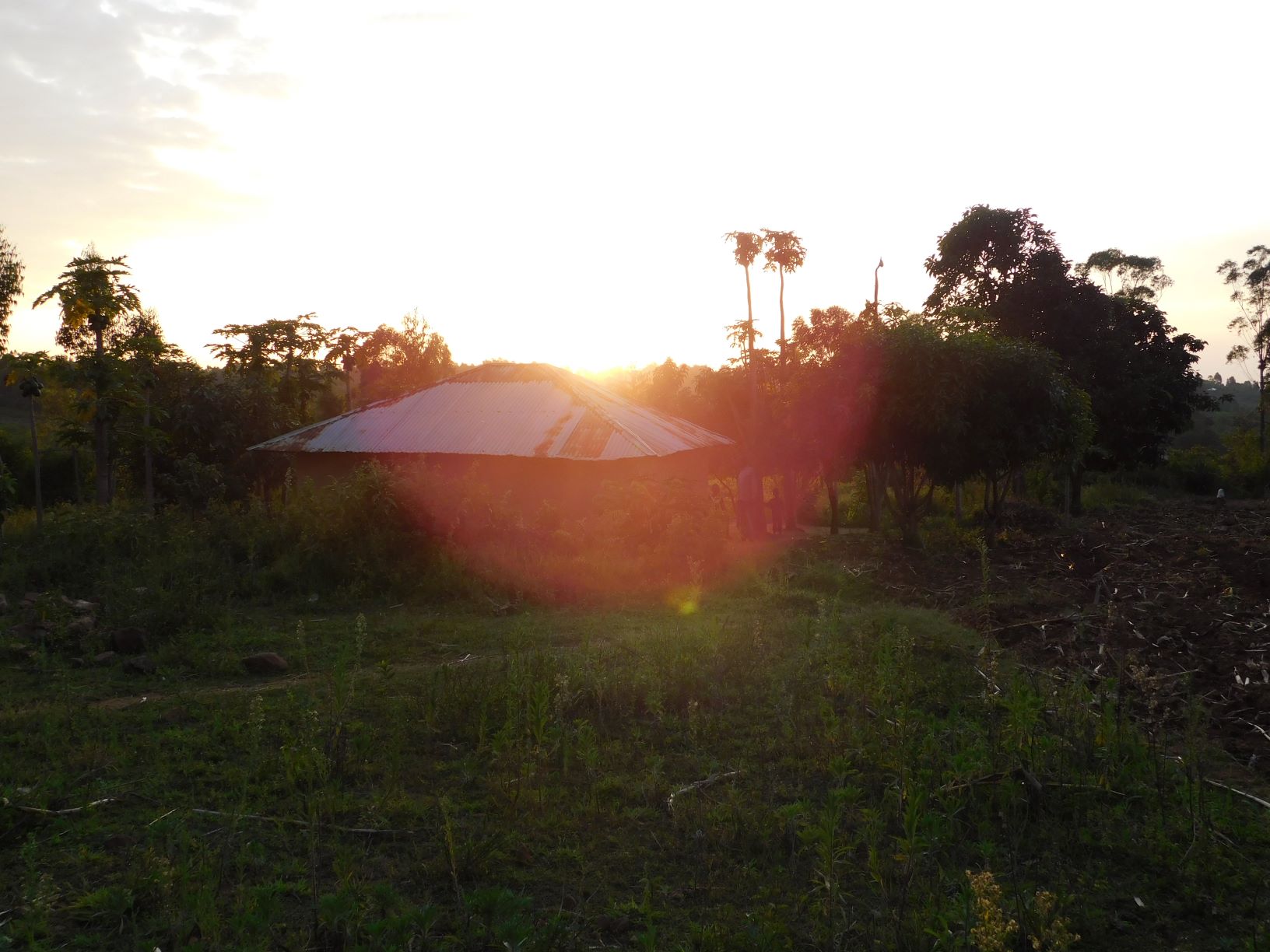 Gideons orphanage started off as a small operation which housed a few unfortunate children who had lost their parents. It has since become something much more. Today, Gideons orphanage – having grown significantly under the guidance of its director, Newton Atela – has dormitories for boarding school students, has several acres of land for its own farming produce and is even considering plans to build a small technical college.

So, Gideons itself is doing very well. However, when the coronavirus restrictions were implemented, the orphanage found themselves as the last resort for hungry neighbours. Charitable as Mr Atela is, he could not turn these supplicants away.

So, Gideons gave much of its food stores away. As incredible and self-less a move as this was, it was a short-term solution. The orphans and students at Gideons still needed to be fed. Furthermore, the initial problem, of food poverty and the dangers of famine, still needed to be addressed.

The Gideons Empowerment Project (GEP) was thought up as a potential solution.

Instead, of simply supplying the orphanage’s neighbours with food for the whole of the period affected by the Coronavirus, Gideons realised that the community around them would be better served if they had the tools to feed themselves.

So, with funding supplied by foreign aid given in the form of charitable donations, Gideons purchased maize seeds, helped their neighbours till previously hard earth, and provided the know-how essential to working the land.

The idea was that the farmers could now effectively get a large yield from their properties. Previously, this had – for a variety of reasons – been impossible for them. In return, Gideons orphanage would receive 20% of the yield.

The project was a huge success

Now, six months on from the initial tilling of the land, the results are in.

On the 2nd of February, the whole group of those involved in the GEP met for an awards ceremony. All participants in the programme had one acre of land each and the results of the competition were to be measured based on how many sacks of maize that one acre produced.

Previously, the local land owners aimed for one or two sacks of 90kg per acre of land. That was largely considered the hoped-for aim and, more often than not, those targets were not met.

Quite amazingly, the average amongst the GEP participants was 10 sacks. This is a huge step up in productivity. A massive one! And it truly has changed the lives of those that partook in the project.

Involvement of the Filing Room’s MD

Patrick Grant, who runs the Filing Room, has long been affiliated with Gideons Orphanage. He has a long-standing relationship with Newton Atela. He is a donor to the orphanage and – to some – is considered the representative face of the organisation’s donors abroad.

Because of his close ties with the orphanage, and due to his attachment to those that operate there, he was asked to be the prize-giver at the award ceremony two weeks ago.

The prize itself was intended as an extra reward for whomsoever tended the property with the largest yield. It was not, however, what all the GEP participants worked toward. Self-sufficiency was the real incentive and though the competition’s eventual winner, Olga Odhiambo, received her trophy with a well-deserved smile, it was as much for having, for the first time in her life, procured 16 sacks of maize as it was for the trophy. 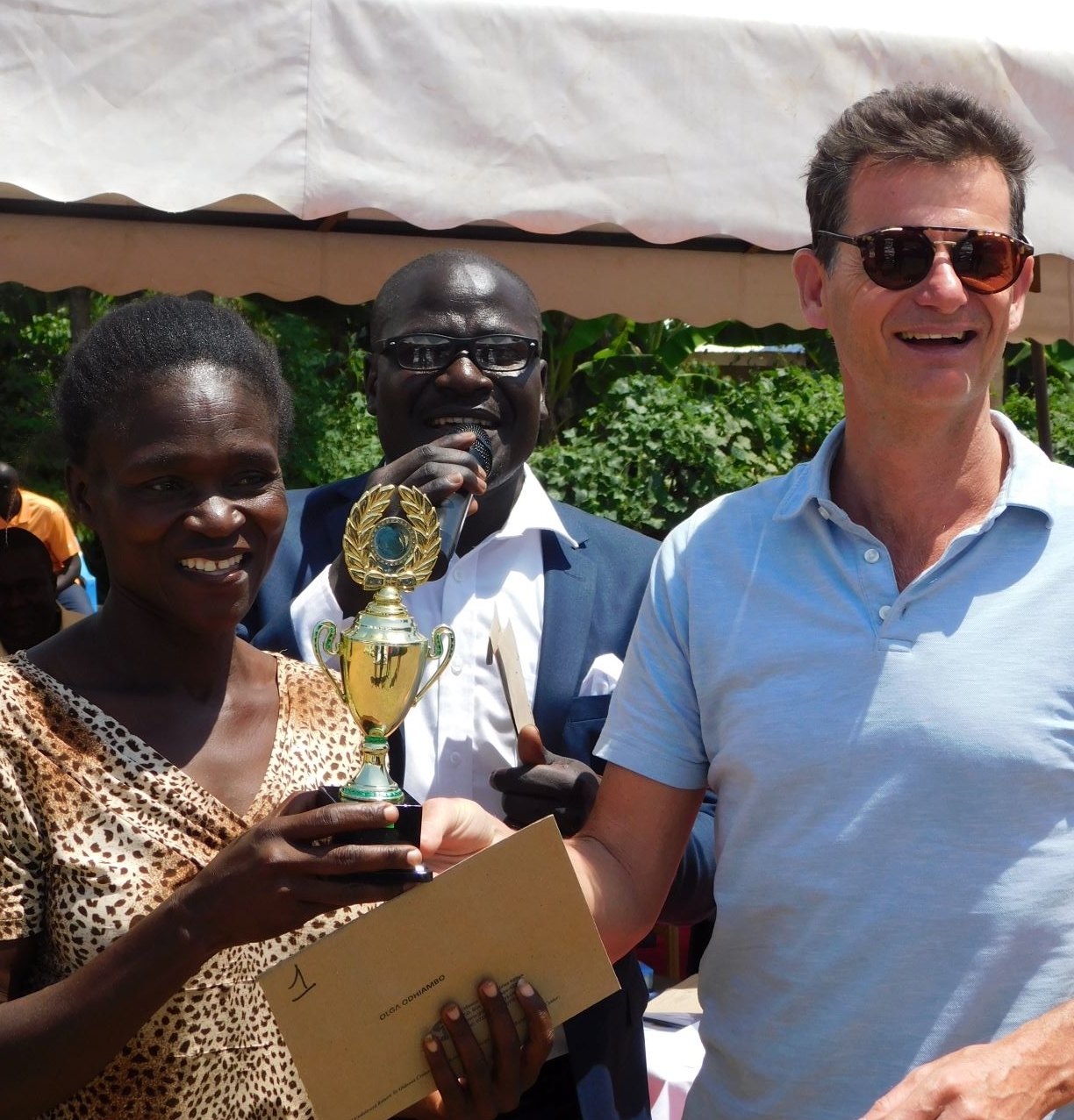 If you want to learn more about the incredible work conducted at Gideons Orphanage, then you can do so by following this link.